Crafted by a small, dedicated team of developers who also happen to be engineers in real life, the VRS F/A-18E seeks to provide what we believe is by far the most comprehensive overall simulation of ANY combat aircraft ever created for the Flight Simulator franchise. VRS has created a truly remarkable and faithful reproduction of the U.S. Navy's newest strike fighter. Systems ranging from tactical (functioning weapons and sensors) to dedicated, custom fuel, hydraulic and ECS simulation designed strictly based on the U.S. Navy's NATOPS flight manuals for this aircraft.

Everything from the working and accurate radar, to the early warning and navigation systems are meticulously recreated in extreme detail and fidelity. Extensively researched visuals include a fully functional (and we mean fully functional and flyable) Virtual Cockpit including 90% 3D switches, knobs, buttons, and even individual bolts. True HUD collimation provides accurate velocity vector/flight path and targeting indication under all flight conditions. Designed with TrackIR users in mind, you'll find no equal in terms of HUD performance and accuracy. The 'intelligent' highly optimised 3D external model responds to preferences, drawing only the weapons you select for load-out with the Aircraft Configuration Manager. Thousands of weapons combinations are possible, yet only one 3D model is required. In addition, all weight, drag and asymmetry is accounted for no matter what you load on the aircraft. 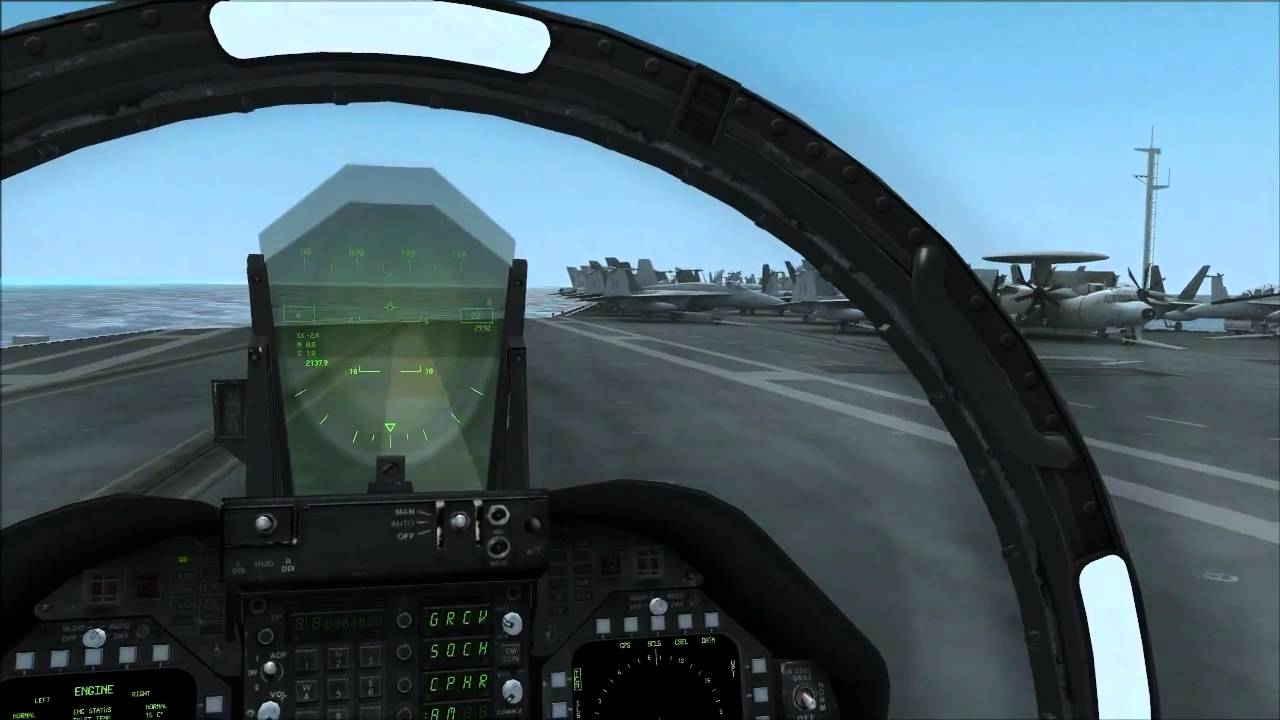 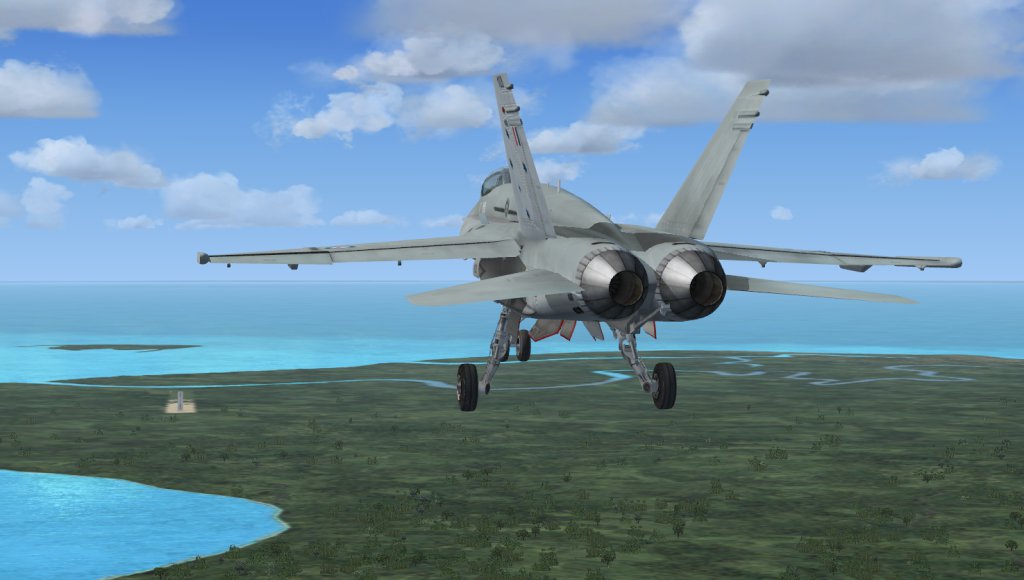 When a weapon is released, it is of course fully animated, but most importantly the weight, drag, and lateral moments are accounted for accurately. Drop or fire a weapon and watch the flight dynamics change. The FSX version of the Superbug takes all of the fantastic innovations developed for FS2004 to a new level of graphic nirvana. The 2D and VC models were reworked and re-textured with high resolution FSX native materials including detailed specular and bump maps. Draw calls were reduced by approximately 20%, and new skinned-mesh animations were added.

Effects for missile flyout were introduced that allow plumes and smoke trails. New g-induced and Mach-based vapour effects, afterburners, fresnel-based lighting, and a slew of other improvements round out this incredible new FSX package. Missile smoke trails and plume effects. Custom landing lights which illuminate not only the ground, but objects and auto-gen. Highly dynamic g-induced and Mach vapour effects. Realistic weathering and baking, specular, and bump mapping. 7 cockpit-selectable strobe patterns modelled on the exact same frequencies used in the real aircraft.

Dozens of custom keystroke commands which may all be mapped to gaming devices for 'real as it gets' HOTAS setups.