SpongeBob SquarePants featuring Nicktoons: Globs of Doom will allow players to take on the role of their favorite hero and villain from several highly popular Nickelodeon animated television shows. The game features 10 playable characters: five heroes (SpongeBob SquarePants, Jimmy Neutron, Danny Phantom, Invader Zim and Tak) and five villains (Plankton, Professor Calamitous, Technus, Dib and Tlaloc). For the first time in Nicktoons history, these heroes and villains must work together to defeat the evil Globulous Maximus and his Morphoid Minions who pose a destructive threat to the universe. Each playable character must travel to iconic locales, such as Bikini Bottom and Amity Park, and is assigned a unique gadget to activate devastating combo attacks. The world’s only hope of being saved lies in the hands of this extraordinary alliance between good and evil. 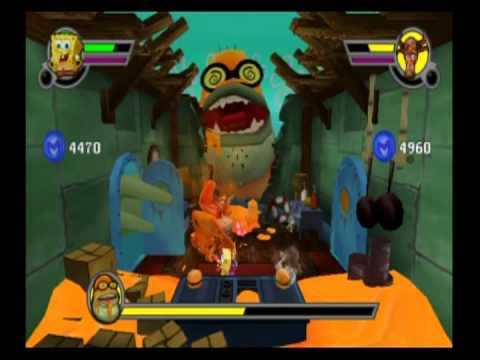